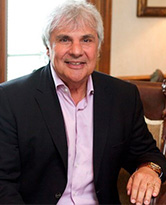 
Tommy taught Criminal law and Criminal Procedure at the Birmingham School of Law (2000, 2001, 2008) and has served as Special Circuit Court Judge by appointment of the State of Alabama Supreme Court on a number of occasions in Jefferson County. Tommy served on the Committee that studied and implemented the current Drug Court Program presently in operation in Jefferson County District Court and presided over by Judge Pete Johnson. Tommy was formerly the Municipal Court Judge for the City of Vestavia Hills, Alabama (2002-2016).

In addition to Alabama, Tommy represents clients in Federal and State cases in Arizona,
Texas, Mississippi, Florida, Georgia, Louisiana, Kentucky, Montana, North Carolina, Colorado and Virginia. He is admitted to practice in the U.S. Supreme Court and the U.S. Courts of Appeals for the Eleventh and Fifth Circuits.


Tommy Spina is dedicated to working with his clients to resolve difficult and challenging legal issues. He specializes in criminal defense in Federal and State Court all over the country.

He has 44 years of experience and has devoted his career to representing individuals facing serious Federal and State criminal charges. Tommy handles cases ranging from complex white collar criminal matters to prosecutions for personal and property crimes. He also has extensive experience at the Federal Appellate level.

In many of the matters that Tommy handles, his opponent is the United States of America. He
has aggressively and successfully litigated against the United States in the Pre-Indictment phase, the Pre-Trial Motions stage, in trial, after trial and in the Federal Appellate Courts as well.  Tommy Spina is a Courtroom lawyer and is not afraid of the Courtroom battlefield.

By design, his firm is small but formidable. Tommy handles serious matters with potentially
serious consequences. For this reason, when you retain Tommy Spina, your case will be handled primarily by him. It will not be passed off to an attorney without the experience and credentials that a serious matter requires and deserves. If you have a matter that you would like to discuss with Tommy, give him a call or email at 205-939-1330 or tommy@tommyspina.com.